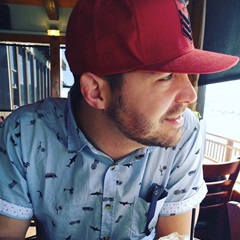 Well, here we are… looking each other up on the internet. This is a big step in our relationship, this must be what it’s like to have someone swipe right!!!?  How exciting! Unfortunately my life is really not all that interesting. I mean, aside from the hanging out with rock stars, never paying full price for a drink, and boat loads of cash… I’m just your normal dude from Clovis….

Okay literally none of that us true, well except for the Clovis part. I’ve lived right here in the Valley my entire life and I’m one of the folks who’s proud of that. The Central Valley is a great place to be. From Fresno to Visalia, Clovis to Atwater, Kerman, Tulare, Kingsburg, Sanger, I really can go on and on. Were else can you live whatever style of life you want? We’re never too far from a good time as long as you’re down to look for one.

Personally I’m always down for a drive through the mountains, a hike through the hills, or a hunt for the best food truck you can find. I’m also down to waste an entire weekend playing xbox. Really, as long as I’m doing somethin’ I’m happy. Hope you dig the show and if you don’t… well… You’ve hurt my feelings and I hope you can live with that shame.

Want To Go To Aftershock??

This years Aftershock Music Festival in Sacramento is going to be EPIC! Metallica is headlining both Friday and Sunday nights with MCR on Saturday! The full lineup isn’t even out yet and we’ve already got you ticket

OZZY OSBOURNE: Reveals He Has Parkinson’s

Ozzy Osbourne just revealed that he has Parkinson’s disease. He told Good Morning America this morning (Tuesday) he’d been diagnosed after his fall at home last year. Sharon Osbourne says, “It’s PRKN 2. There’s so many different types of Parkinson’s; it’s not

James Hetfield of Metallica announced his first public appearance since a stint in rehab. Hetfield will appear at the opening of his car collection at the Petersen Automotive Museum in Los Angeles on January 30th. The event will feature a “fireside” chat

The first track from the Chester Bennington tribute album done by his old band Grey Daze is out. There’s a video on YouTube for “What’s in the Eye,” which they originally recorded in the mid-’90s but reworked for this new album. The as-yet-untitled

The Rock Hall Class of 2020 was unveiled Wednesday (Jan. 15) morning, with six artists and one behind-the-scenes player joining the storied ranks of the Rock and Roll Hall of Fame. And for many, the list –

There truly is an app for almost everything nowadays. Pampers has jumped onboard the technology train and has created a device that sends a notification to parents’ smartphones when their baby’s diaper needs to be changed. Parents,

Walmart is apologizing for selling sweaters that appear to show Santa with lines of cocaine. The sweater says “Let It Snow” and includes three white lines on a table in front of Santa. Part of the description

Following the success of The Mandalorian, Disney Plus has another Star Wars show in the works — and this one will have a familiar name. Stars Wars: Jedi Temple Challenge is an American Ninja Warrior style game show “that will test its contestants’ abilities

A taco saved my life’: Man’s car shot while driving

An Arizona man says he might’ve fallen victim to a shotgun shell — if he hadn’t been focused on his taco shell. Ryan Bishop feels lucky to be alive after a bullet hit the driver’s side window

Rash: Not How It Used To Be – Navigation

As time marches on there’s one thing you can count on to always be true. The older generation will tell the younger generation how easy they have it. This week in “Not How It Used To Be”