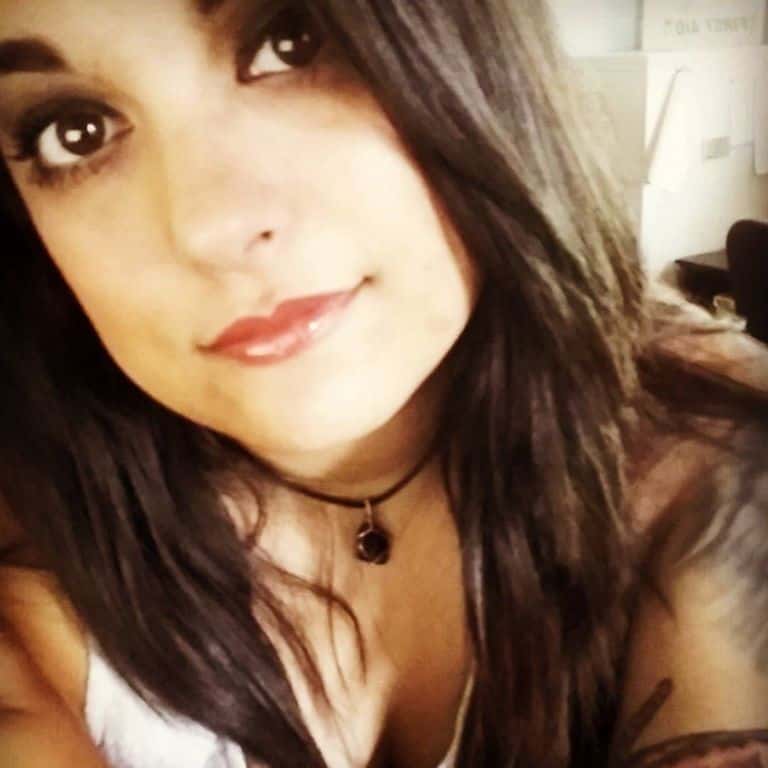 When I’m not rockin’ with you on the Blaze, you can find me 7 seasons deep into Netflix conspiracy shows, with my tin foil hat perched at an angle on my head.

I appreciate the finer things in life . . . like beer, and the extra cash I find in my dirty laundry pockets (which I use to buy more beer).

It’s been too long since I jumped out of a perfectly good airplane, or a bridge just for kicks, so if any thrill seekers want to find the next best adrenaline rush, I’m always ready.

Until then, just look for the little wild one in the middle of the mosh pit at the next show! Rock’s not dead and neither are we!

Extra Extra….Read all about it!

Kings River Life Magazine Interviewed Bec! Check out some of the answers to questions asked about the community of Rock lovers, the music that is our passion, and the stigma behind the horns…   Follow the link

Be a part of Bill and Ted 3 The Movie!

Did you see what Bec saw?!

So last week driving home on Friday I was on the 168 freeway by Shields and McKinley… and saw these strange lights??? Some say they are latterns, some say falling stars (ugh yeah right) I’m saying obviously

What is this Birds the Sequel!? Hitchcock couldn’t of written this any better, because well, it is totally real and actually happened… A neighbor described the encounter as “a vile, vicious, traumatic event” sounds eerily similar to

Oh man…. Talk about a Crapshoot A man who accidentally tossed $23,000 into the recycling bin reunited with his life savings Saturday after a worker at a recycling facility in Northern California spotted a shoebox stuffed with

Holy smokes the inner kid in me is freaking out!! who didn’t want to spend the night in the aquarium as a kid!? Pack your sleeping bag and get ready for a blast from the past as

A New York man found a pristine In-N-Out double double sitting untouched on a Queens block — and told The Post on Sunday that he’s in “shock” over the case of mystery meat. “It genuinely shook me

Did you know?! Offspring Lead Singer Has Ph.D researching HIV

IF you thought you had problem balancing life take a look at the Lead Singer of Offspring!  Dexter Holland finished the Ph.D program in molecular biology he put on hold years ago to focus on rock &

The Rockport Police Department just swore in a new officer: Jeremy Spencer, former drummer of Five Finger Death Punch. Spencer was voted the “Best Drummer of 2015” by Loudwire, but Sunday he put down the drum sticks

A woman in her 70s was injured during a hike in the Phoenix area on Tuesday and needed to be airlifted to safety. But the rescue didn’t go according to plan…. “Sometimes when we bring the helicopter