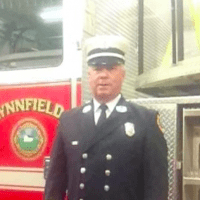 A firefighter who police say walked naked into a Rhode Island convenience store on a dare has been placed on leave.

Police responded to a 7-Eleven in Middletown the afternoon of April 3 for a report of a naked customer. The owner said the man with a “smile on his face” purchased a soda and left in a car.

The car, with two fully clothed occupants, was pulled over. The 29-year-old passenger said she “dared” her boyfriend to go into the store nude because he said it was legal in Rhode Island.

Lynnfield Fire Chief Glenn Davis says Walsh has been placed on paid administrative leave. He’s been with the department for 40 years.

40 years of service thrown away just like that over some Jail bait date!? Saddddddd